10 Ways Brands Are Using UGC To Retain and Engage Customers

If you’re a brand that relies on user-generated content to stay fresh and relevant; Congratulations! You are ahead of the game. User-generated content is all about tapping into your customer’s creativity and using it in your marketing strategy. It allows big brands & enterprises to engage with their customers in a whole new way.

It’s any content that you use from your customers or other people outside of your company. This can also be one of the best ways to get creative ideas, refresh your branding, and increase customer satisfaction. This type of content has been created and shared by a consumer in the context of their everyday life rather than by a brand or company. This is usually done through blogging, social networking, forum posts, and other forms of self-expression on the internet. It’s a way for people to show off what they’re up to with friends and family, and it’s also a great marketing strategy for brands.

User-generated content benefits can range from increased customer engagement to more effective marketing. It has been successfully proven to be an excellent way of building a community around your brand or company. For example, when the Red Bull team releases images that their fans on Instagram have taken, they receive over 20% more engagement than their images from the previous year.

Brands can use user-generated content in many different ways, and it’s worth exploring all of these benefits to find out which ones are good for your company or brand!

Read on to find ten examples of excellent user-generated campaigns!

An example of user-generated content can be seen with Burberry. Its purpose was to show how clothes that have been worn for different occasions can significantly vary in appearance but still maintain a high level of quality and be in good condition. The brand has encouraged users to share their own personal experiences with the clothes.

This is done by sending an email to the brand or by uploading pictures through social media. Their hashtag, #burberrysnowyday, is an example of using user-generated content to promote their products and services. This promotion encourages people to create images that make them feel like it’s a snowy day with Burberry clothes in the background or wearing Burberry items while outdoors. 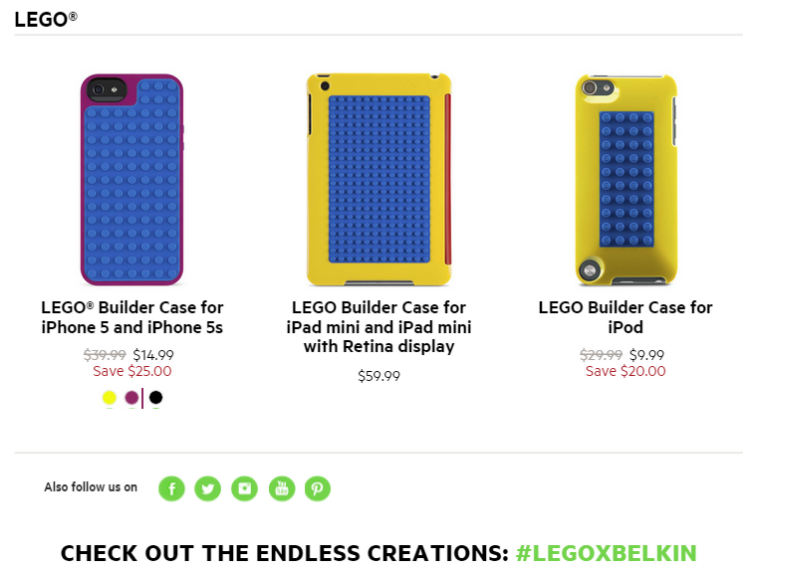 Belkin is a company that produces electronic accessories for computers and tablets. They are using user-generated content by sponsoring contests where the winner receives a cash prize. The contest usually asks people to submit an idea for their hypothetical dream gadget.

They have also utilized user-generated content by promoting their contests on social media platforms. For example, they are active on Instagram and Pinterest, where they post a photo of the product or contest in need of votes. They ask people to repin it if they like the idea and vote for that submission with likes. This way, brands can promote themselves and their products through the use of user generated content.

Belkin also uses user-generated content to design their own cases for various Apple devices, like iPhones or iPads. They provide a template that can be customized with photos and text, and colors to choose from. The customer is then sent a case in the mail after submitting their design.

One example of how Amazon is using user-generated content is showrooming. Showrooming occurs when consumers visit stores to check out products in person before looking for the best deal online from a competing retailer.

To combat this, Amazon created a “virtual showroom” that would allow customers to compare products from various brands and find the best deals. Amazon has also tapped into user-generated content by allowing customers to review their experience with a product on its website, which helps increase trust in the company for future purchases. 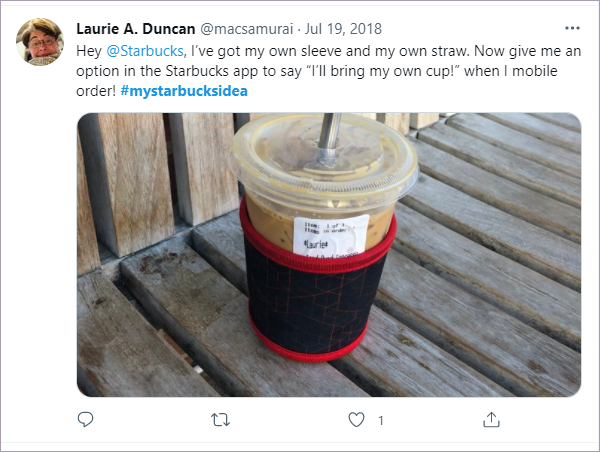 Starbucks is a famous coffee company that has been around for many years. They use user-generated content to retain customers by encouraging people to share their iced beverages on Twitter with #MyStarbucksIdea. Starbucks has urged people to create a campaign and even enter for a chance at winning $25,000 in prizes. By doing this, they can have people talk about Starbucks on Twitter which helps the company spread the word about their products.

Coca-Cola aired a television advertisement in which the commercial director brought a group of people together to dance around and share their love for Coca-Cola. It was not until later that they showed how various locations across the country had been documenting those same moments.

The end of the commercial stated, “Share a Coke with America,” and encouraged viewers to upload their own videos using that hashtag. It turns out, this was not an ad at all but rather user-generated content being used by Coca-Cola as part of their marketing strategy for the summer Olympic Games in London. 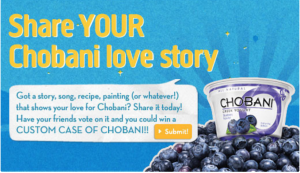 Chobani hired creative agencies to run “Fage Expeditions.” These Expeditions are cross-country trips that allow consumers to create content with the help of a team. The teams work to film, edit and distribute user-generated content. The idea behind these expeditions is to allow people who can’t make it in person to explore and document their experience through participants’ eyes. 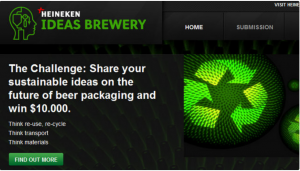 This method works for Heineken as it can communicate with the user on a personal level. They can talk about experiences and also share them with others. It’s also an excellent way to increase brand advocacy as they are able to speak to the brand honestly on what they like and dislike about it.

It is a perfect platform for them as people often want to hear what other people think of their experiences and opinions of brands. This creates a sense of empowerment as they are allowed to express themselves openly through social media.

Heineken has successfully created content by using user-generated content from influencers because they’ve been able to connect with more people interested in what the brand has to offer. 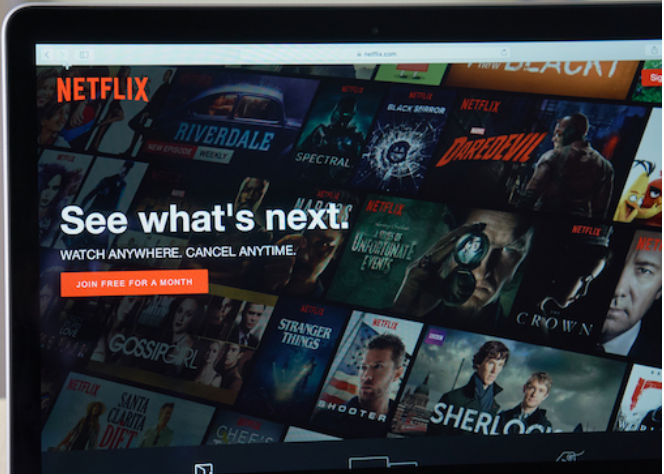 Netflix has always been an advocate of user-generated content from the beginning. This was made evident through their interactive, open-sourced platform that encouraged movie viewings and personal reviews. They decided to take this idea to a whole new level by creating an entire show titled “House of Cards” that would be produced by them and the viewers themselves. Viewers had the opportunity to watch the first few episodes before voting on which three they liked best. The ending result was quite successful, and Netflix’s user-generated content campaign is one that can’t be beaten! 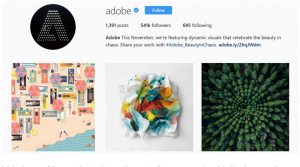 Adobe is one of the most innovative and largest software companies globally, always on the lookout for new ways to please its customers. Adobe recently released an interactive advertisement that would allow us to create our own artwork by following a few steps. This campaign was a massive success for Adobe as it inspired creativity and integrated social media networks like Twitter and Facebook. As artists worldwide share their creations, publishing them through social media channels promotes both Adobe and their customers’ artistry. 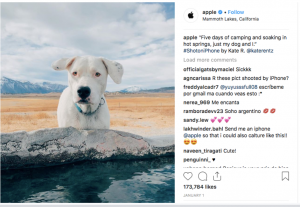 Apple is one of the most popular and lucrative smartphone companies in America. So when they found out their customers were dissatisfied with iPhone’s camera capabilities for low-light shots, Apple took action to redeem themselves by launching a campaign called #ShotOnIphone–a way that consumers can share images taken on an iPhone so everyone will know how great it really is.

Due to this issue, Apple was losing a significant amount of fans. So, the company swiftly addressed it by giving a lot of importance in their campaign that started with amateur and professional photographers who took beautiful low-light shots using iPhones and then shared them online under the name “Shot on iPhone”. The campaign mostly showcased some magnificent visuals taken from everyday day users’ lives which were captured through lenses created for Apple’s phones.

How Can You Run Your Own UGC Campaign?

If you’re an ambitious brand looking to keep your customers’ attention, consider launching a user-generated content campaign. If it is done right, you can capture loyal customers who could be your biggest supporters. The key is to find the best user-generated content for your brand that draws in customers. It should also match with the branding and marketing strategies of your company.

Users like to hear what other customers say, so marketing campaigns involving reviews or testimonials are a great idea. The key is to find the right user-generated content for your brand. For example, if you sell baby products, get parents of young children who can share their thoughts on using your product with others and how they feel about it.

Here are some other ideas to consider:

User-generated content is a powerful way to increase your customers’ engagement, but it must be done in moderation. We recommend that you only allow user-generated images on about 20% of your website and videos on 10%. It’s important not to inundate them with so many posts that they’re turned off by it all! You can also plan your UGC in your marketing strategy and you’ll definitely see better results. You need to make sure that you are implementing this strategy in the right way. If you are not sure exactly how to execute this you can consider taking help from some experienced digital marketing solutions provider.

If you are able to moderate this correctly, then there are many benefits for both parties. Your users will feel like their voice matters and gets heard, which increases loyalty— simultaneously giving you more high-quality content without any additional cost or effort from marketing teams. What are some of the best strategies you’ve used? Let’s know in the comments box below, and we can provide feedback!

How to do Keyword Research for SEO: A Comprehensive Guide

If you know at least the basics of digital marketing, there seems to be no need to apprise you about keywords’ importance in any SEO strategy. Be it off-page or on-page optimization for search engines; keywords make an SEO strategy go round. Therefore, keyword research is the initiating task...

Google MUM Update: What You Need to Know

If you are a blog owner, content marketer, or SEO expert, there’s a good chance you’ve been hearing a lot about the new Google MUM Update in recent weeks. The MUM update has been live for the past few months and many industry experts are saying that this is...

How to Make an Effective Digital Marketing Plan

Are you undermining the need for a digital marketing strategy for your business? If so, you are making a grave mistake. You might tend to ask why it is so. And the answer is straightforward–you will lose out in the stiff competition and might be eventually out of business....